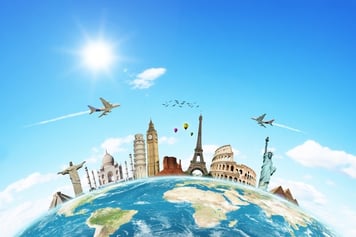 It should be noted that the main advantage of getting SEIS and / or EIS advance assurance for foreign-based companies is that investors’ monies are received directly by the foreign company. So, for example, if the company is based in the United States, it is the actual US company that is obtaining the advance assurance, with the SEIS and / or EIS monies being received directly into the foreign company’s bank account.

There are two main ways of obtaining SEIS and / or EIS advance assurance for a foreign company, as follows:

(a) it has a fixed UK place of business through which the company’s business is wholly or partly carried on; or

The fixed place of business can be a UK branch such as a small office (this is not to be confused with setting up a UK subsidiary – see below). If possible, we also advise our clients to do both of the above, i.e. to have a fixed place of business and have a representative in the UK who has the authority to enter into contracts on behalf of the company. The company should also consider registering its branch with the Companies House, since registration of an overseas company is required when it has some degree of physical presence in the UK (such as a place of business or branch) through which it carries on business.

Typically we advise foreign-based clients to go for option one as it is the option that requires less restructuring, is relatively straightforward to set up and may be less onerous in terms of the ownership holding percentage required. If everything is set up correctly, we have found that advance assurance applications for option one are typically approved with relatively few HMRC questions (which can be a real time saver as HMRC are currently at an eight week response time to questions that they ask).

Sapphire Capital Partners LLP is authorised and regulated by the Financial Conduct Authority to conduct investment business.  If we can help you in any way - please let us know by calling 0870 7348 912.

As a partner at Sapphire Capital Partners LLP, Boyd spends his days structuring SEIS and EIS schemes for companies and applying to HMRC for advance assurance on behalf of clients. Contact him by email at boyd@sapphirecapitalpartners.co.uk or view Boyd's profile here.

Research and Development (“R&D”) Tax Credits are reliefs that were introduced to support innovative compa...
END_OF_DOCUMENT_TOKEN_TO_BE_REPLACED