How SEIS/EIS companies should be preparing for Brexit

How SEIS/EIS companies should be preparing for Brexit 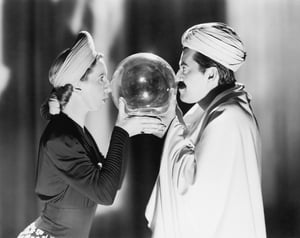 With this week's news of the EU Withdrawal Agreement failing to secure support in Parliament, the UK faces more uncertainty. Uncertainty is no friend of economic growth. It is a fact that one of the foundations for economic growth is stability in the rule of law. Many investors, and particularly SEIS / EIS investors, view political/economic instability as a deterrent to making investments, because SEIS / EIS investing is inherently risky, even in the best of times. Moreover, reduced levels of investment ultimately negatively impact future economic growth.

The 2008 financial crisis was a traumatic experience for most businesses in the UK. It is only recently that the economy started to recover, and established a pace of growth that was sustainable and relatively "bubble-free". What I mean by this is that there wasn't "irrational exuberance"¹ in a specific industry sector that drove the economic growth, as experienced before 2008.

Perhaps we aren't bubble-free, but rather in a new kind of bubble; the bubble of uncertainty, if we can call it that.  We have been in a state of uncertainty for two years now since the 2016 EU referendum, but despite this, the UK economy continued to grow. This growth was mainly due to considerable efforts from public and private investors, summarised in smallbusiness.co.uk's blog "Alternative funding solution to Brexit finance problems."

The questions that entered our minds two years ago are now pressing: "Will we leave the EU? Will there be a Brexit deal? What type of framework will replace the current one? How will my business be affected by leaving the EU? How will I personally be affected? Should I start stocking up on canned foods and long life milk?"

Earlier this week, we were bracing for a significant hit to equities upon the rejection of the EU Withdrawal Agreement, but surprisingly this didn't happen. Although everyone likes to speculate, it is impossible to know what exactly is going to happen, with an exit deadline less than three months away (29th March 2019). Surely, business transactions are currently on hold and project timetables are affected.

How SMEs should be preparing for Brexit

So what should entrepreneurs and small business owners do now? According to the experts, everyone should prepare for all eventualities:

The Financial Conduct Authority, the UK financial services regulator, is currently working on on-shoring and temporary permissions regimes and advise that "firms should make their contingency plans and think about how their customers may be affected by the UK leaving the EU".²

The government has also started communicating directly with companies about the possibility of a no deal Brexit and recently published an online interactive guide called "Prepare your business for EU Exit", which you can access by clicking here. The manual makes for alarming reading, as the document explores numerous potential effects to areas taken for granted and which will take time to adjust. Areas such as driving in the EU, geo-blocking of online content, vehicle insurance, mobile roaming, and VAT are topics that all companies regardless of size or age must be cognisant.

You may also wish to check in with your regional development agency or business association to see whether there are any Brexit readiness programs that you can attend.  For example, Invest Northern Ireland is running a number of Brexit preparedness programs covering topics such as strategic sourcing, tariffs, and employee considerations.

Preparing for all Brexit eventualities sounds like a Herculian task, because it is further effort required in addition to conducting normal business operations.  Many companies and entrepreneurs have already started considering the areas which need to be addressed. If it is any consolation, remember that an entire nation is facing this challenge. It is best to reach out and get as much information and support as possible.  As mentioned in my previous blog "Irish cross border trade considerations for Brexit and beyond" the only way we can prepare for the future is with acquiring knowledge, because knowledge (and not a crystal ball) is the only power that can turn uncertainty into opportunity.

As a partner at Sapphire Capital Partners LLP, Vasiliki specialises in SEIS and EIS advance assurance applications, R&D tax credit claims, preparing investor documentation and financial models for clients. Prior to co-founding Sapphire Capital, Vasiliki was with PwC and Goldman Sachs in Tokyo and New York. Contact her by email at vasiliki@sapphirecapitalpartners.co.uk or view Vasiliki's full profile here.

Research and Development (“R&D”) Tax Credits are reliefs that were introduced to support innovative compa...
END_OF_DOCUMENT_TOKEN_TO_BE_REPLACED