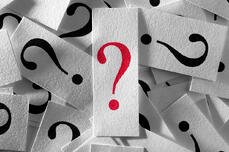 George Osborne has announced changes in the 2015 Summer Budget which the government has proposed in relation to the Enterprise Investment (EIS) and Venture Capital Trusts (VCT) schemes. These proposals remain subject to state aid approval, so an implementation date is not as yet known. The legislation will not be retrospective so it will not affect existing investments in EIS & VCTs, with changes if approved, being implemented from the date of the expected state aid clearance.

In March 2015 the government proposed to cap the total investment a company may receive through the EIS & VCT schemes to £15million; this has now been reduced £12million. However the proposed amount for knowledge intensive companies remains at £20million. (Note that government defines knowledge intensive companies as those that have research and development costs amounting to at least 15% of their total operating costs, create intellectual property and have at 20% or more of their workforce with relevant Masters or equivalent higher degrees).

In addition companies will have to have made their first commercial sale within the past seven years in order to be eligible for an initial investment from any of the schemes. This limit is raised to ten years for knowledge-intensive companies. This will not apply where the investment represents more than 50% of turnover averaged over the preceding five years.

They have also reiterated the requirement first noted in the March 2015 budget that all investments be made with the intention to grow and develop a business and that investors are independent from the company at first share issue. So, if an investor wishes to be involved in a company in an official capacity, then they must first invest (in order to obtain their SEIS or EIS tax relief) and then, at a later date become a director./blog/seis-and-eis-advance-assurance-time-how-long-does-it-take-to-obtain

As announced in March, the government will remove the requirement for 70% of Seed Enterprise Investment Scheme (SEIS) money being spent before an EIS or VCT funding can be raised for qualifying investments made on or after 6 April 2015. This will create greater interaction between the schemes and is good news for businesses as they can now apply for both SEIS and EIS status from the onset, and can go straight to market to raise the entire amount of financing they require by using both schemes.

There is still a keen interest in the renewable energy sector with government stating that they will continue to monitor the use of the SEIS, EIS and VCT for investments in community energy organisations benefiting from subsidies for the generation of renewable energy. Their primary aim is to ensure that support for community energy through VCT schemes is not misused and provides good value for money for the taxpayer.

New rules were announced to prevent the use of EIS or VCT funds for buyouts or acquisitions, in a bid to ensure that funds are properly directed to companies that need them to grow and develop.

There were no changes announced to the Social Investment Tax Relief or Social Venture Capital Trust schemes, so we await the Autumn budget to see how these schemes are being developed.

If you are interested in investing, or attracting investment into your organisation, and would like our help please contact us at Sapphire Capital Partners LLP. We are happy to help.

As a manager at Sapphire Capital Partners LLP, Violet spends her days assisting clients with SITR, SEIS and EIS schemes for companies and applying to HMRC for advance assurance on behalf of clients.

Previously a manager at Sapphire Capital Partners LLP, Violet now retired, spent her days assisting clients with SITR, SEIS and EIS schemes for companies and applying to HMRC for advance assurance on behalf of clients.

Over the past year companies from all sectors have had to deal with significant financial strain due to t...
END_OF_DOCUMENT_TOKEN_TO_BE_REPLACED

Sapphire Capital Partners LLP are pleased to announce that we are a signatory to the United Nations Princ...
END_OF_DOCUMENT_TOKEN_TO_BE_REPLACED

"To judge a person's capability by gender is like judging a man's intelligence by the amount of hair on...
END_OF_DOCUMENT_TOKEN_TO_BE_REPLACED