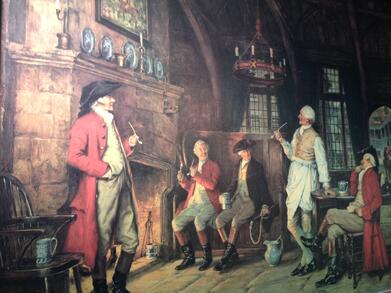 As the number of crowdfunding platforms and providers continues to grow in the UK the key question is - which one is right for you?

It is clear that crowdfunding is now becoming very specialised - with different crowdfunding websites focusing on niche areas and as a result we are seeing a process of differentiation within this business sector.  In this blog I will attempt to explore in more detail two of the most important of these sectors for the entrepreneur - being peer to peer lending and equity crowdfunding.

Sites such as Funding Circle exist primarily for established businesses with a strong track record.  Typically they are businesses which need to borrow between £10,000 and a £100,000. Once approved, the business can borrow from Funding Circles registered lenders - who are individuals with cash to lend and are attracted by the 5 to 8% return.   Once an investor makes a loan, they can sell their loan on the secondary market, which gives this form of crowdfunding a degree of liquidity that many other crowdfunding platforms do not offer.

Another interesting feature of Funding Circles offering is that the British Government is financing the first 20% of loans for businesses that meet certain criteria as part of the Governments Business Finance Partnership Scheme. This is a great initiative and clearly demonstrates that crowdfunding is now becoming both recognised and supported by the UK government.

Funding Knight is also active in Peer to Peer lending as are Bank to the Future. Both are seeking to provide a more comprehensive product as they are also offering an equity crowdfunding service.

Peer to peer crowdfunding is primarily for the investor whose main focus is on the perceived level of risk, the interest rate and the return.  How the money is being spent and the nature of the business is largely irrelevant to them.  The stability of the platform and the efficiency of the administration has resulted in the growth and continued success of this type of crowdfunding.

It will be interesting to see what will happen next with Funding Circle as their growth must be attracting attention from larger players.  It is clear that crowdfunding will continue to pose a threat to banks in the short to medium term, so it is interesting to try to guess who will want to enter this space next  will it be the supermarkets, or the mobile phones operators or one of the other utility providers?  or will one of these players try to acquire Funding Circle?

The two leading players are currently Seedrs and Crowdcube. Both have been operating for almost a year now.  The two key questions for any entrepreneur is how do you get your company on to their site and why would someone want to invest in your business?

Its been stated that Crowdcube only list 5% of offered startups, so the business needs to be convincing before they will be allowed to list.  The secret to convincing the platform comes down to the people behind the business; their experience, skills, integrity and overall track record.

Crowdcubes selection rate is similar to the angel investment market as a whole.  For example, Octopus Ventures which manages an angel fund, has a similar acceptance rate. Like many investments that come to angels networks, the startups typically come from entrepreneurs with exceptional track records of success.  I recently spoke with one of the fund managers at Octopus Ventures who revealed that all the current opportunities in this fund come from entrepreneurs who have had other businesses backed by Octopus Ventures and which have been sold on for significant multiples. Really successful pitches on crowdfunding websites are the same - they are typically promoted by experienced and well known entrepreneurs.

A key feature of a Seedrs listing is the provision of a SEIS or EIS structure around the investors investment.  This gives investors the opportunity to reclaim up to 50% of their investment from their income tax bill and to enjoy additional tax benefits if the company grows (or if it unforatunately folds).

The success of a crowdfunding equity raise is based on an emotive story, in which investors are invited to join the journey from a startup business to a growing financial success.  Rupert Honywood of the Personal Development Bureau who raised funds on Crowdcube spoke recently at the Institute of Directors on this subject.  He explained that their successful raise came in two waves.  The first 30% was the hardest but the second 70% was much easier. He put this down to investors needing the confidence boost of seeing others invest.  These thoughts are similar to Paul Nieder's - the CEO of the Australian Small Assets Board who speaks of the first 60% of a crowdfunding equity raise coming from friends and family with the last 40% coming from the crowd.  This creates a suggestion of herd rather than crowd. It is clear that the real work only starts when a company gets listed on a crowdfunding platform.  However, once the business does create the investment momentum they will have not only have shareholders but also potentially customers and long term product champions.

The key question the budding entrepreneur should keep in mind when trying to decide between either peer to peer lending or equity crowdfunding is that although peer to peer lending may appear as an expensive form of debt (which of course it is), once repaid you will still own your company.  However, once you list on an equity crowdfunding site you are selling part of your company and the shareholder will have demands and expectations that might not always match your thinking.  Given the choice, I know which one I would select.

Micheal focuses on all things crowdfunding - he is a wealth of knowledge on this subject and is happy to give to advice to anyone interested! Contact him by email at michael@sapphirecapitalpartners.co.uk or view his profile here.

Research and Development (“R&D”) Tax Credits are reliefs that were introduced to support innovative compa...
END_OF_DOCUMENT_TOKEN_TO_BE_REPLACED